Sax Appeal is comprised of professional musicians located within the National Capital region who all adhere to the standards of the Canadian Federation of Musicians. 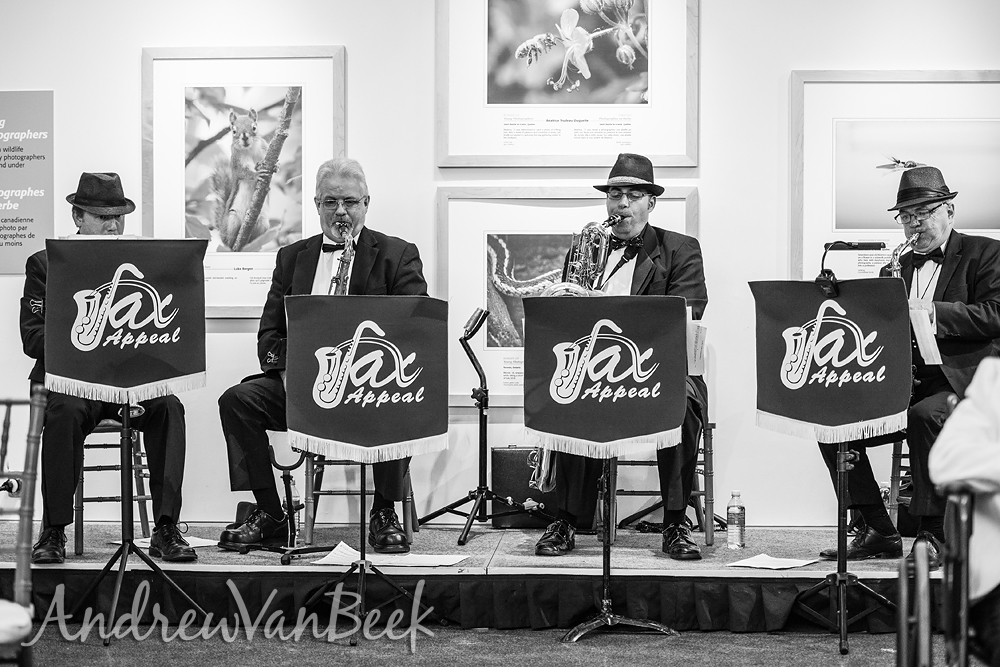 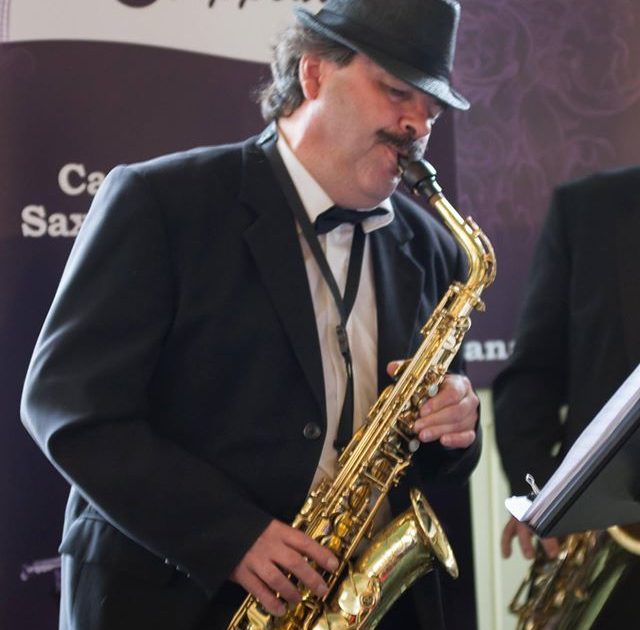 Dave Renaud has been an active musician in the Ottawa region for over 35 years. Dave is a “doubler” playing all the saxes, clarinets and flutes. He studied music at both Ottawa University and Humber College. Dave has performed with the NAC orchestra, Ottawa symphony, Gatineau symphony, Orpheus pit orchestra, and countless other diverse show productions. Dave brings diverse experience to the ensemble having played many styles such as Klezmer, jazz, rock, lounge, studio, orchestra, marching band and dance band music.

He teaches and conducts clinics on woodwinds. His band Dr Jazz works for corporate functions and private events. Dave is also a Registered Piano Technician serving a large client base in The Capital Region. 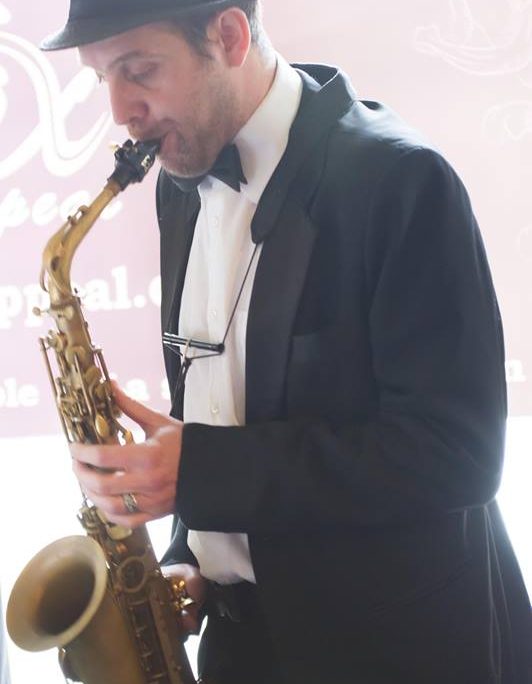 Brian Asselin is a songwriter / saxophonist / arranger living in Ottawa, Canada. He currently works on co-writing for such groups as Rebecca Noelle and The Commotions and writes music that can be found in the Pop with a cross-over to R&B/Soul. He has been hugely influenced by Motown and used to play with The Funk Brothers out of Detroit.

The world around him has always been his biggest muse when it comes to songwriting. He likes to take situations in his life or the life of his friends and family to come-up with the best soundtrack. His songwriting career started back in 2010 after graduating from teachers college. After his stint at the University of Ottawa, he co-wrote a song with a fantastic musician and friend – Eric Disero. The song ‘You Have Made A Difference by Brian Asselin of Sax Appeal‘ has been played and performed around the world and has been featured on Diane Sawyers Late Night News. Since then, Brian has been very busy writing enough material to release his first EP which you can purchase through iTunes. The songs he tends to write are more or less in the pop music genre influenced by such great artists as James Taylor, Bruno Mars, Cee-Lo Green, and so many others. In 2013 he released a project entitled Delbert & The Commotions featuring Funk Brothers frontman Delbert Nelson. The album is a throwback to Motown and he’s proud to say that two tunes from the album were placed on shows on HBO as well as ABC. 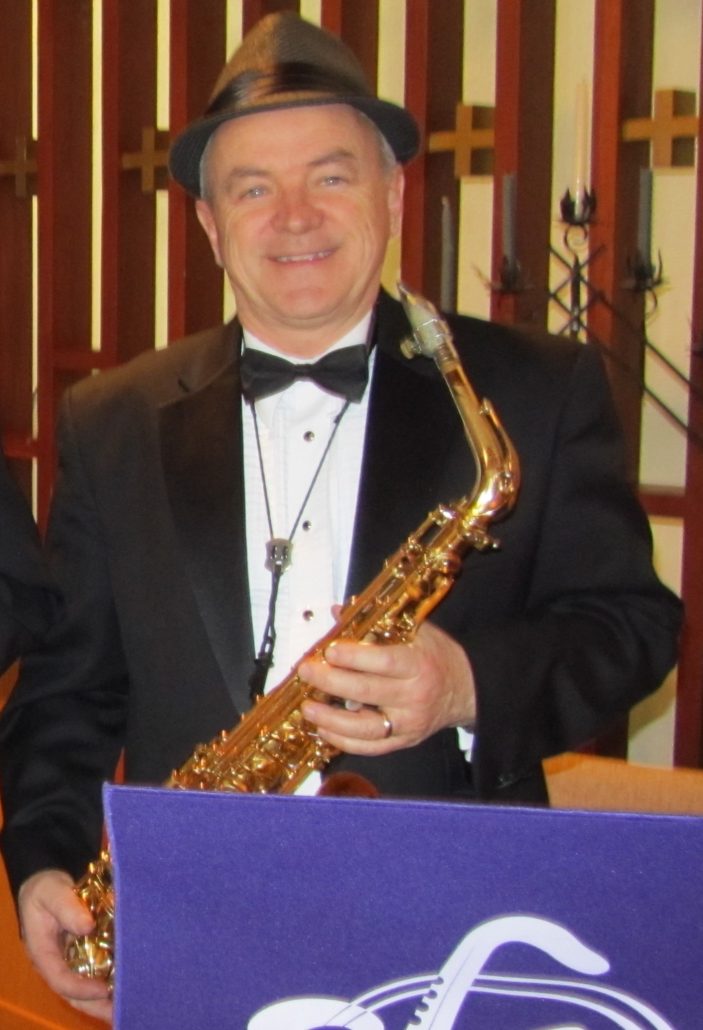 Sandy Gordon is a professional musician. He likes music. He loves playing the saxophone. Playing the sax has given him the opportunity to travel and play all over the world. He has played in pretty much every kind of band out there, including jazz bands, big bands, concert bands, orchestra, blues bands, swing bands, latin, Motown, R&B, Rockabilly, Country, show and parade bands. He is now back in Ottawa and playing with a pretty cool sax quartet called Sax Appeal. 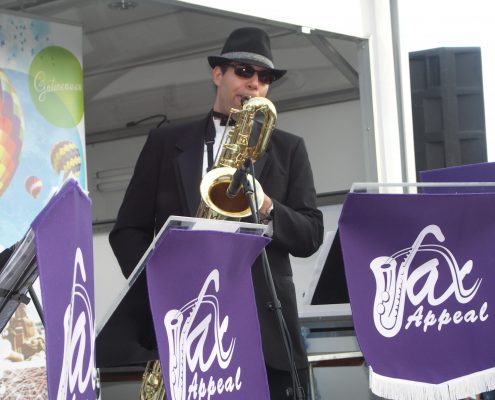 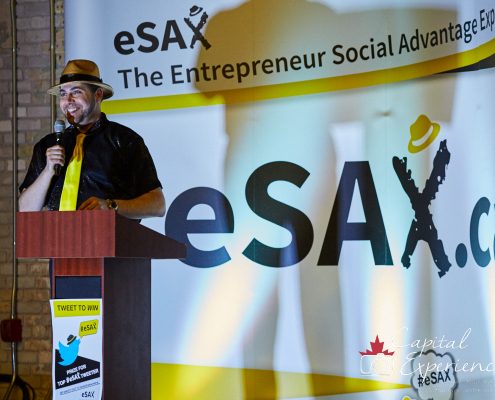 Jarrod Goldsmith is a Canadian small business community builder and is one of Ottawa’s best known entrepreneurs. Besides being an accomplished musician and business owner, he ran a strong campaign for Ottawa City Council in the October 2018 municipal elections.

Jarrod has been playing and studying the saxophone since 1986.

Jarrod continued his studies and music while earning a Masters degree in archaeology. During this time, he joined the University of Alberta ‘Jazz Band 1’, and also a hi-octane Latin band called Orchestra Energia that saw him gigging throughout Western Canada.

Upon moving to Ottawa in 2002, he quickly became a regular in the Ottawa/ Gatineau music scene.

Jarrod’s passion for music, organizational abilities and public relation skills make for a perfect combination in creating not only Sax Appeal, but also eSAX (The Entrepreneur Social Advantage Experience); an entrepreneur networking community for small business.

Building on his vast networking experience (and leveraging the whole ‘Fedora’ branding that he’s known for), he also hosts a Youtube video series aptly named ‘Ask The Fedora’ discussing a wide-range of networking/business tips that people may find useful to help make their networking endeavors not only less stressful, but successful! Subscribe today!

Jarrod has traveled extensively pursuing both music and archaeology across North America, as well as overseas in Japan, South Korea, Israel, and throughout Europe.

Jarrod is an extremely enthusiastic and dedicated communications professional who knows what it takes to make your occasion absolutely shine.

It would be his pleasure to answer any questions you may have (info@saxappeal.ca). 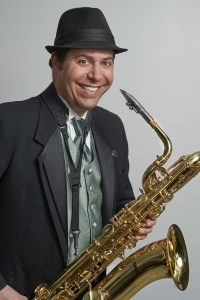 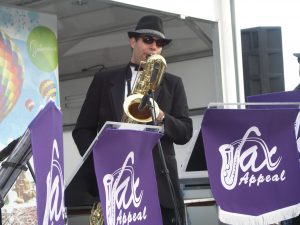 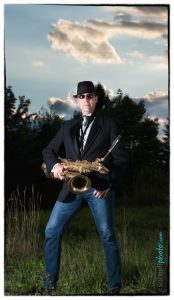 Sax Appeal is made possible by some extremely talented musicians!

The following is a list of saxophone players (in alphabetical order) who have made sure the show goes on.

Thank you, and happy playing everyone!

This site uses cookies. By continuing to browse the site, you are agreeing to our use of cookies.

We may request cookies to be set on your device. We use cookies to let us know when you visit our websites, how you interact with us, to enrich your user experience, and to customize your relationship with our website.

Click on the different category headings to find out more. You can also change some of your preferences. Note that blocking some types of cookies may impact your experience on our websites and the services we are able to offer.

These cookies are strictly necessary to provide you with services available through our website and to use some of its features.

Because these cookies are strictly necessary to deliver the website, refuseing them will have impact how our site functions. You always can block or delete cookies by changing your browser settings and force blocking all cookies on this website. But this will always prompt you to accept/refuse cookies when revisiting our site.

We fully respect if you want to refuse cookies but to avoid asking you again and again kindly allow us to store a cookie for that. You are free to opt out any time or opt in for other cookies to get a better experience. If you refuse cookies we will remove all set cookies in our domain.

We provide you with a list of stored cookies on your computer in our domain so you can check what we stored. Due to security reasons we are not able to show or modify cookies from other domains. You can check these in your browser security settings.

These cookies collect information that is used either in aggregate form to help us understand how our website is being used or how effective our marketing campaigns are, or to help us customize our website and application for you in order to enhance your experience.

If you do not want that we track your visit to our site you can disable tracking in your browser here:

We also use different external services like Google Webfonts, Google Maps, and external Video providers. Since these providers may collect personal data like your IP address we allow you to block them here. Please be aware that this might heavily reduce the functionality and appearance of our site. Changes will take effect once you reload the page.

The following cookies are also needed - You can choose if you want to allow them: